Kellyanne Klause is a Senior at Bloomsburg University and is acting in The Nosemaker's Apprentice. We asked her five questions.


What made you first interested in acting?
It all started one dark and stormy day during my lunch period in the third grade; my dear friend and I were fighting over a fellow classmate’s lunchbox.  One of us somehow ended up falling into the trash cans and the fight was over. When we told the story we turned it into this crazy epic tale of two best friends who were torn apart over a lunchbox and spent the rest of their days mad at each other, holding onto their grudge even when they met again at a retirement home. We ended up performing the play the next year at our fourth grade talent show.  It was in this moment that I realized I enjoyed making others laugh, (I promise it was much funnier than it sounds… possibly).  As I grew up I found myself being drawn to any opportunities to perform in front of others.  And the rest is history.

What do you find interesting or appealing about The Nosemaker’s Apprentice?
The comedy.  This is my favorite kind of comedy; in your face craziness mixed with subtle moments of ridiculousness add to the world of the play and to the comedy. I think it is amazing that every night at rehearsal the cast still laughs even though we have been working on the show for weeks now.  I cannot wait to share this play with audiences.

What is the most challenging aspect of acting in this particular play?
All of the different accents, doing one accent is a challenge but having three different accents that are constantly changing from character to character can be a bit difficult.  Trying to imitate the German accent ain’t no walk in the park.

What would be your ideal role in any play or musical?
I honestly do not know if I have a particular role in mind that I would love to play.  Last semester I played the role of Macbeth in Macbeth and I think I would like to play the role of Lady Macbeth at some point in my life. 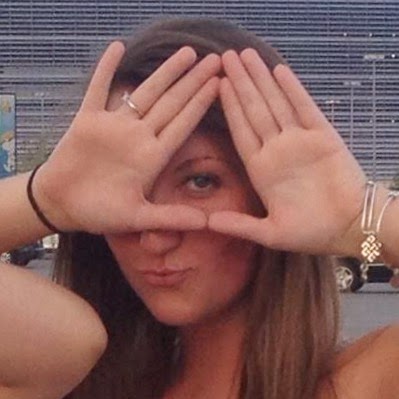 If you were a fruit or vegetable, what would you be?
I would definitely be an apple because they are my favorite and they go well with peanut butter and that’s really all you need in life.

Kellyanne Klause is a senior dual-majoring in Theatre Arts and Communication Studies. She works on campus as a mentor for the Center for Visual and Performing Arts’ sophomore Living and Learning Community. She does not like Shakespeare, but she loves her hamster Kevin.