How does an actor find the right monologue for an audition? (Auditioning, Part III)

This is the next post in a series about auditioning. (Read the series.) In this installment we ask Professor David A. Miller—who teaches all levels of acting at BU and will direct this spring’s production of Harvey—about where actors find great monologues for auditions.

When asked to participate in the general audition for a season of plays, actors are often asked to prepare one or two monologues. In the previous post on monologues, we explored what a monologue is and how to prepare it for an audition. In this post we will go further into how to find a great monologue.

Where do actors find monologues? 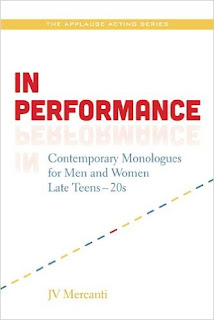 2. Another helpful resource for finding monologues is books of monologues from plays. That's right, others have done some preliminary research for you. The editors of these books Have read a lot of great plays and have compiled monologues for you. One of my favorite series of monologue books is In Performance: Contemporary Monologues for Men and Women Late Teens-20sby JV Mercanti.  Not only are there fantastic monologues from new plays, but Mr. Mercanti is a smart director, casting director and acting coach who includes helpful tips on auditioning and questions about the plays for actors to answer on their own.

If you are a current university student, there are many monologue books on 2-hour reserve at the circulation desk of the Andruss Library. These include the aforementioned In Performance series. Also on reserve are specialized monologue books such as Playwrights’ Center Monologues for Men, Playwrights’ Center Monologues for Women, and Monologues for Actors of Color (an electronic book, so students can access if from any computer). To see the full list, go to http://guides.library.bloomu.edu/HarveyAndrussLibrary, click on the “Find” tab, click on Reserve Readings (on the left side of the page) and select Miller, David / Theatre / Theatre 112: Fundamentals of Acting.

3. Another great resource for finding monologues is your fellow actors. In your search for monologues, you are going to come across monologues that are great but not right for you. You may wish to swap these monologues with other actors.

Is there anything I should avoid?

How do actors find monologues tailored to a specific audition?

If you are auditioning for a specific play, as opposed to a general audition for a season or festival of plays, you may be asked to prepare a piece by Shakespeare, or a verse selection or something that is aligned with the play. Generally, it is not recommended to do a monologue from the play itself. Instead, you might choose something similar to that play. 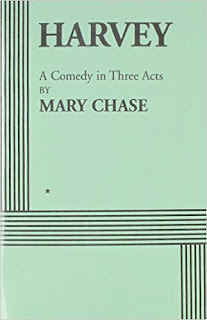 If you are auditioning for Harvey by Mary Chase, for example, you might do some research about the play itself then select a monologue that seems similar to the world of that play. The first thing to do is to read the play. By reading the play you will learn that Harvey is a comedy, but it’s a specific type of comedy. It’s not a farce, for example. You may want to find a monologue that showcases your comic sensibilities.

Harvey was written and is set in the 1940s. You may consider finding a monologue from a play from that era. Harvey won the Pulitzer Prize in 1945. The year before the winner was The Skin of Our Teeth, a fantastic play by Thornton Wilder. Another comedy of the era, You Can't Take It With You by Kaufman and Hart, won in 1937. (A list of other Pulitzer winners.) These plays are examples of great comedies from the era that might have great audition monologues in them. Other playwrights from the era include Lillian Hellman, Arthur Miller and Maxwell Anderson.