Kate Mochnacz is one of the directors of the Original 10-Minute Plays by Student Playwrights (April 1, 2, 6 & 7). We asked her five questions.

What got you first interested in theatre?
I saw my first Broadway show when I was seven.  Five minutes into the show, I fell in love with theatre.  I then saw the same Broadway show two month later and, I was much more observant of the show and the atmosphere.  I knew then that I wanted to be on stage and acting. As I started performing, I starting learning so much more about theatre and the different roles you could be a part of, which led me to other roles in a production such as assistant stage manager and director.

Which play are you directing and what do you love about the play?
I’m lucky enough to direct two plays for the Original Ten Minute Plays. Pastime, written by Will Olsen, has been a pleasure to work on and I love how the play shows that some people are capable of change, while others are not. Dink, written by Titus O’Neil, has also been a pleasure working on and I love the lines that only make sense in the context of the play! 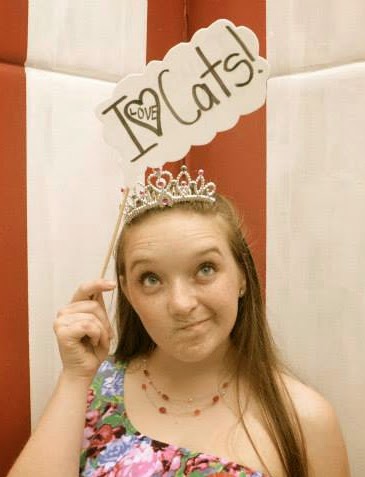 If you were a fruit or vegetable, what would you be? Why?
In a previous blog post (Backstage with the BU Players: Five Questions for Kate Mochnacz, Actor) I said I would be a strawberry.  I stand by my decision since I still love strawberries.

Kate Mochnacz is a sophomore majoring in Early Childhood/Special Education with a Concentration in Deaf and Hard of Hearing Education as well as Theatre with an Integrated Emphasis.  The Original Ten Minute Plays marks her third and fourth directing credits, previously directing Finger Food (An Evening of Ten Minute Plays; BU Directing Class) and Game Night! The Musical (Hillsborough Shorts; Hillsborough High School Theatre Department) which she also wrote.  In her free time, Kate balances her multiple majors, clubs, social life (insert laughter here) and questions her sanity.
Posted by Unknown at 9:37 AM