This fall we welcome Bob Cardana as our technical director, lighting design instructor and lighting designer for Neighborhood 3. He is with us this fall while Professor Ethan Krupp is on sabbatical. We asked him five questions. 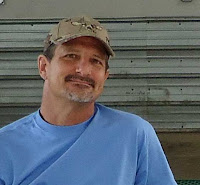 How did you first become interested in theatre?
Fresh into college, I was all set to become a chemist. Taking both chemistry classes and theater classes, I found myself spending way too much time in the theater and way to little time in the Chem lab.
I much preferred the scene shop and lighting grids, learning how these new-fangled computers made the lights change, rather than memorizing the periodic table of the elements.   We did the Scottish play. Whoa, that was cool! I ran a manual 5 scene preset light board.  I could do this for a living? Someone would pay me to do this?
Needless to say I dropped chemistry and added more theater.
But the real infection took hold when I walked into a dress rehearsal of "Tosca" at the San Francisco Opera.  The music and the visuals were overwhelming.  It was in Italian, and I had no idea what was happening, but that didn't matter, it was beautiful and I could feel the light.  Add in torture, murder and in the end (Spoiler Alert) she throws herself off the top of the castle. It was so epic.

What's your favorite thing about theatre?
I love that it allows me to learn anything and everything from art to physics. That we study the entire universe, change, arrange, manipulate it, squeeze it down into its essence, take a tiny drop of the distilled truth and make it come alive again.
And each project is different.  No assembly line work for me.  Oh, the boredom of repetition.
Electricity, wood, design, building stuff - solving problems, thinking, doing, login and emotion - New projects, different theaters, working with so many different people, various schools and so many students.  But my favorite thing?  Proving Socrates got it wrong, theater is truth.

What's one of the favorite shows you have ever worked on?
Of course we never forget our first, do we?  I'll always have a place in my heart for the Scottish play. Look it up, if you don't know which one that is, and the first freshman to see me on campus and whisper the name into my ear (but only if I am outside, never inside) wins a prize.
My first lighting design was Studs Turkle's "Working". I didn’t know what the hell I was doing, and I had to figure it out as I went along, but I knew from that moment, my life was never going to be the same.

What's one show that you would love to work on someday?
Neighborhood 3: Requisition of Doom. 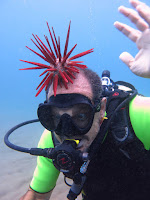 If you were a fruit or vegetable, what would it be? Why?
But I am a fruit AND a vegetable!  What's wrong with that?  Why are you asking?  Don't you know? Isn't that OK?  I thought it was the right thing to do. No, not really.  Actually I am a bear.  I sit in a freezing river catching salmon, then lay in the sun eating huckleberries the rest of the day. A solitary, active animal that works like hell half the year then hibernates.
I act like a grizzly bear but if I stay around long enough, you might eventually find out I'm secretly a teddy bear.  But, we know not to poke bears with sticks, right?  And don't forget you can tell grizzly bear crap from black bear scat by the little bells in the grizzly poop.
Nothing like avoiding the question and then answering another question that wasn't asked.

Bob Cardana has worked theater from Montana to Mexico and Maine to Marin since his first paid design job too many years ago.  He used that money to buy a drafting table.  After earning a Bachelor’s of Arts in Technical Theater at California State University, he received a full-paid scholarship plus housing, to attend Southern Methodist University in Dallas, Texas as part of their 3 year MFA design program, where they gave him a Masters of Fine Arts degree in Stage Design with specialties in Lighting and Scenery.
Posted by BU Players at 11:40 AM