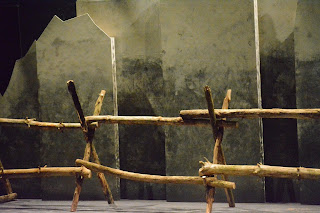 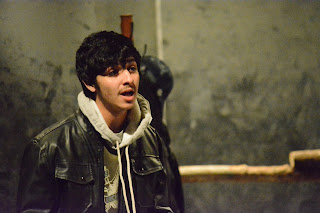 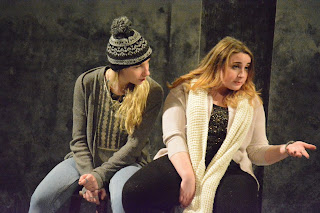 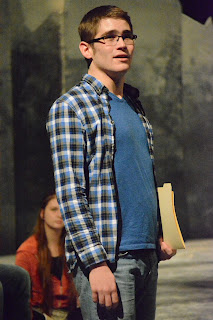 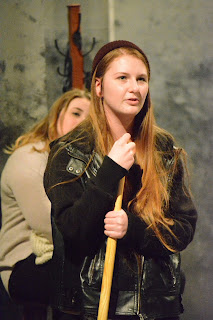 "What shocked me the most about attending crew watch was really seeing the people I work with on a daily basis produce so many different characters. The Laramie Project is a truly wild show for the amount of characters it has and for only fourteen actors putting that all together showcases the talent we have here at Bloomsburg.
Pictured: Will Olsen as Jedadiah Schultz recounting his college audition. Sorcha Smith as Romaine Patterson as she remembers Matt by his smile. Josue Nieves playing Aaron Kreifels as he informs the audience there was nothing he could do for Matthew. Shelby Snyder and Carly Carman as they lighten the mood and drunkenly discuss Aaron McKinney. And finally, a fence as The Fence, which feels like a character on its own, as it is powerfully incorporated into this production. It may not be the fence in Laramie, Wyoming, but it emanates the powerful memory of Matthew Shepard and all the people impacted by his life and his story as it sits upstage watching the play unfold."